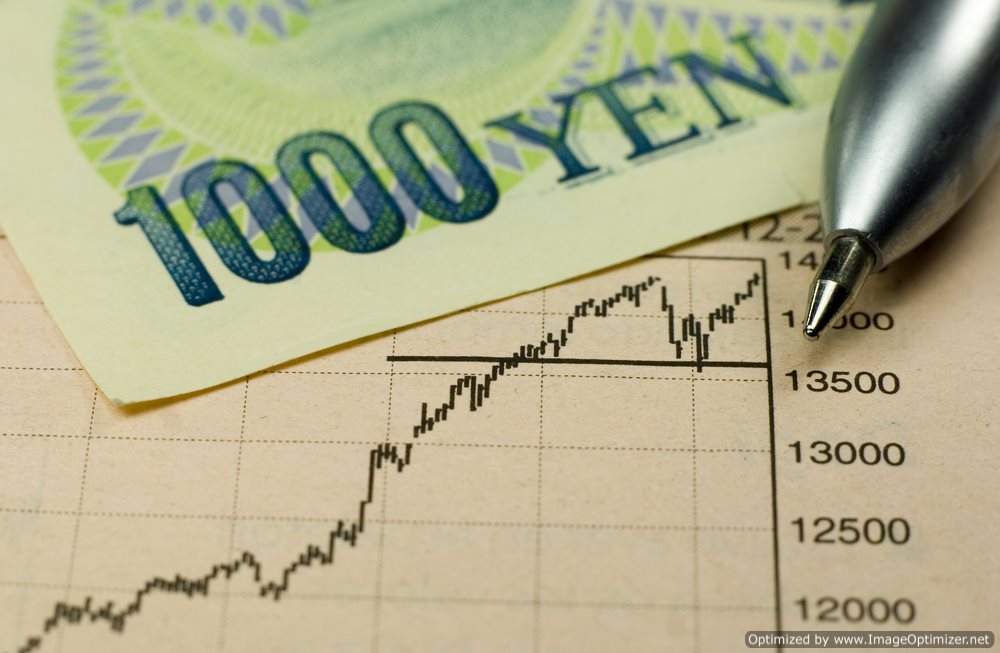 What is the Nikkei 225?
• The Nikkei 225, more commonly referred to as simply the Nikkei, is a popular stock market index for the Tokyo Stock Exchange. The Nikkei 225 has been calculated by a large newspaper in Tokyo since 1950; it is a price-weighted average that is made up of various components, which are computed annually.  Like the Dow Jon Industrial Average in the United States, the Nikkei is a composite index that is regarded as the most widely quoted average of Japanese equities. As an index, the Nikkei is used to gauge the markets strength, by placing some of the larger or more dominant industry leaders within the index.
• The Nikkei 225 average, which is updated every 15 seconds during trading session, has sharply deviated from the generic model of stock averages, which grow at a steady exponential rate. The Nikkei 225 hit a high on December 28, 1989, during the peak of the Japanese real estate and asset bubble—the Nikkei, during this time of great expansion grew six fold during the 1980s. That being said, because of the bursting of the proverbial bubble, the Nikkei 225 has lost nearly all its gains—the Index closed at 7,054.98 in March of 2009, an 82% decline since its peak twenty years prior.
How are Stocks weighted on the Nikkei 225?
• The Nikkei 225 employs an equal weighting system for stocks based on a par value of 50 yen per share. Events, such as stock splits or additions and removals of stocks listed on the index will affect this weighting system and the respective divisor. That being said, the Nikkei 225 is designed to reflect, as stated before, the health of the overall market, so no specific weighting of industries is accounted for in the index.
• All stocks on the Nikkei are reviewed annually; announcements of review results are made every September. Changes to the Nikkei, if required, are made at the beginning of each October; changes may also take place if the stock is delisted because of ineligibility. Once a stock has been replaced, the divisor is reviewed and modified to ensure a seamless transition of the Nikkei.
Components of the Nikkei:
• As of May of 2011, the Nikkei 225 consists of various (typically market leading) Food, Automotive, Precision Instruments, Textiles & Apparel , Manufacturing, Pulp & Paper, Construction, Mining, Chemical, Trading, Pharmaceutical, Retail, Oil & Coal, Banking, Glass & Ceramic, Rubber, Insurance, Nonferrous material, Financial, Steel, Real Estate, Security, Machinery, Marine Transport, Other Land Transport, Railway and Bus, Airline, Electric Power, Electric Machinery, Warehousing, Communication, Shipbuilding, Service and Gas companies.

Is the Cure for HIV at Risk because of Budget Cuts?