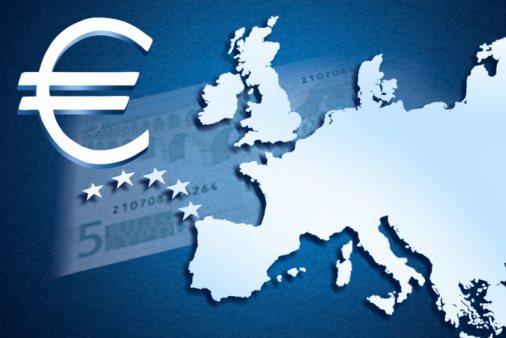 What are currency symbols?
Although we may be familiar with the dollar sign($), may other symbols denote currency in other parts of the world.  Although the dollar sign enjoys wide use, one will easily recognize the Euro, Yen and Yuan currency symbols.
What are some notable currency symbols?
Dollar sign ($)
– Used: US dollar, Canadian Dollar, Mexico Peso, Australian Dollar, New Zealand Dollar, Hong Kong Dollar, most countries with pesos, except Chile and the Philippines, some African and Asian Countries.
– First used to refer to the Spanish American peso which had currency denominated in “eights,” hence the shape of this currency symbol.  Alternative explanations include a resemblance to the Spanish coat of arms and the letters “U” and “S” superimposed on each other on bags of money from the early US Mint.
– Alternate currency symbol has two vertical strokes, called the cifrão and primarily used in Portuguese-speaking countries such as the Brazil real and the now defunct Portuguese escudo.
Cent sign (¢)
– Used: Nations that use dollars ($), Euro cents, some countries that use shillings and pesos
– Currency symbol that represents an amount between 1 and 99 cents
Pound Sign (£ or ₤)
– Used: British Pound, Gibraltar Pound, formally used for Irish (2002) and Australian (1966) Pounds, occasionally used for the now defunct Italian Lira
– This currency symbol originates from the unit of weight in the Roman Empire, the initial value of the Pound was one “tower pound” (334 grams) of silver.
Euro Sign (€)
– Used: The entire Eurozone, adoption starting in 1996 and up to 2002
– This currency symbol was designed to resemble the sign for the defunct “European Currency Unit.”
– Resembles the Greek letter “epsilon,” with two lines through it to represent stability
Yen/Yuan Sign (¥)
– Used: Japanese Yen, Chinese Yuan
– This currency symbol represents the Chinese character for currency
Rupee Sign ( )
– Used: Indian Rupee
– This currency symbol is new, introduced in 2010.  It is a combination of the Latin letter R and the Devanagari script for “Ra.”
– Old symbol was Rs or Re, still in use for Sri Lanka, Nepal and Pakistan, new symbol represents standardization of the currency symbol.
Other currency symbols include the
Norwegian/Swedish Krone (kr)
South Korean Won (₩)
Swiss Franc (Fr) and
South African Rand (R)

Economy Much Worse Than We Think