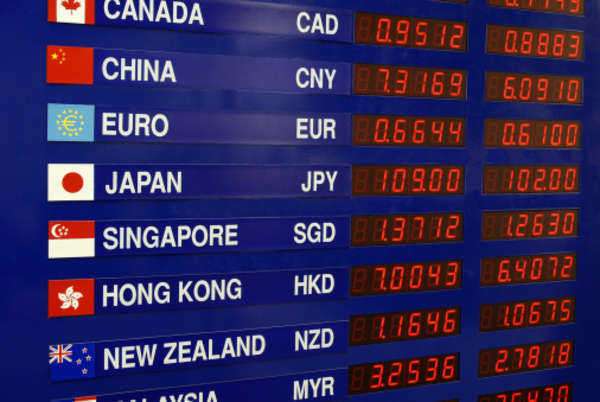 What is currency conversion?
Currency conversion is the most basic form of participating in Foreign Exchange markets where two foreign currencies are exchanged at a rate determined by the market.  For example, if the currency conversion rate is 80 Japanese Yen to the US Dollar, then one will receive 80 JPY for 1 USD, before applicable fees taken by the currency conversion broker.  Any time the exchange rate decreases, the base currency is appreciating in value against the other currency.  Anytime the exchange rate increases, the base currency has depreciated against the other currency.
What are buying and selling rates?
Most currency conversion brokers will offer different buying and selling rates and these rates will depend on a number of factors.  Most rates will account for the profit the broker will need to make in order to justify the transaction.  If the rate does not account for this, then there is usually a percentage commission on the transaction that will be quoted before the transaction and usually posted by the transaction rates.  All buying and selling rates depend on the local currency and the broker will usually exchange only in that local currency.
Buying and selling rates may also vary with the type of currency that will be converted.  There are generally surcharges for such electronic payments as the brokers must account for the costs of processing such payments.
Exchange rates will change based on supply and demand for that currency, so when demand is lower than supply the exchange rate will be lowered.  Changes in interest rates can spur speculation in a currency with higher interest rates leading to increased buying of the currency.
What is a peg?
Pegging a currency means to manage a currency rather than having it exposed to the full extent of market forces.  For instance, the Chinese Yuan is pegged to the American Dollar and has been since the end of World War II.  The Breton Woods system was a system of pegged exchange rates between the US Dollar and several Western European countries before being scrapped in the 1970s in favor of the current market based Forex.  Currencies can be over or under valued as a result of pegs, due to trade imbalances.
Where can one conduct a currency conversion?
Banks have been the general standard for typical currency conversion transactions with these financial systems holding large amounts of foreign currency.  Depending on the branch, the foreign currency may have to be requested in advance before the transaction can be carried out.  This retail currency conversion can take place in the US or in the foreign nation and will be very convenient if that bank has a branch in the foreign nation.  More common in tourist areas are Bureaux de Exchange kiosks, which will meet the needs of typical tourists by conducting a currency conversion from foreign currency into the local currency.  The commission or transaction rates are usually slightly higher than a typical bank.  One’s credit cards can sometimes be used abroad, depending on the company and international network.  The card can be used for purchases as well as receiving local currency through ATMs.