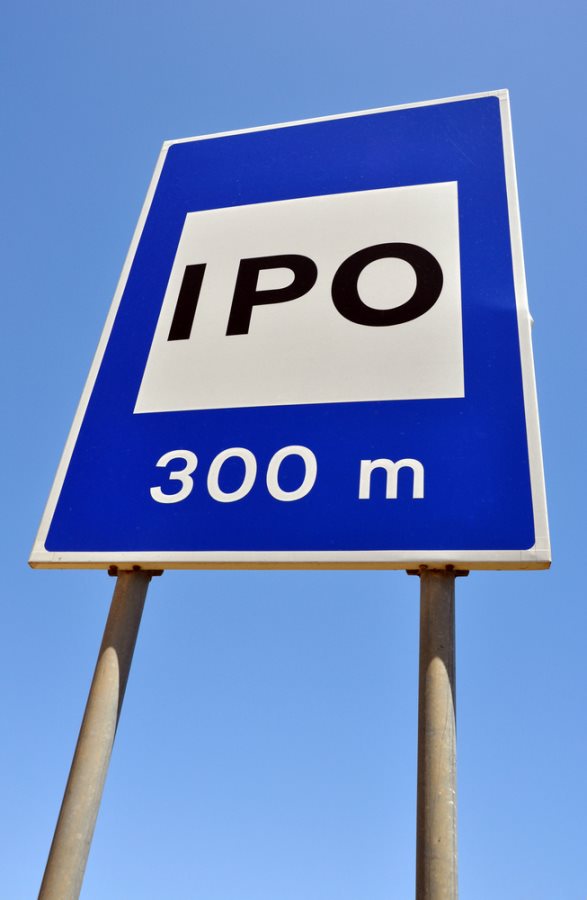 What is an IPO?
• An IPO or Initial Public Offering is a financial maneuver enacted when a company (known as the issuer) issues common stoke or share to the general public for the first time. In essence, the IPO is the formal extension of partial ownership, through the issuance of shares, to the public.
•  An IPO is typically enacted by smaller or younger companies who are seeking capital or investment to expand their business model and production efforts. Additionally, an IPO may be sought by large privately owned companies who are looking to become publicly traded companies.
Process of Issuing an IPO:
• When an IPO is undertaken, the issuer (company going public) obtains the assistance of an underwriting firm (for example an investment bank) which will help determine what type of security (common or preferred) to issue to the public, its best offering price and the time to bring it to the marketplace.
• An IPO will typically involve one or more underwriters or investment banks. The company offering the shares, known as the issuer, will enter a contract with the lead investment bank to sell its shares to the investing public. The investment bank will then approach investors with offers to sell these shares.
• The sale of shares in an IPO may be offered in several forms; however, upon the selling of such shares, the investment bank will net a substantial commission based on the percentage of the value of the shares sold. Typically, the lead investment banks in the deal will take the highest commission—typically spread for the highest commission is between 6 and 8%.
What it is the purpose of an IPO?
• When a company goes public and lists its respective security on an open exchange, the money paid to purchase the new shares of stock goes directly to the issuing company. This transfer of funds is held in contrast to a later trade of shares on an open exchange, where the money passes between investors. As a result, an IPO enables a company to tap a wide pool of investors for financing purposes; the investors provide the company with capital for future growth or the repayment of debts.
• When a company is listed on an open exchange, it is able to issue additional common shares through a secondary offering. This initiative, thereby, provides the issuing company with capital for expansion without incurring any additional debts. The ability to quickly raise large amounts of capital from an open market of investors is the primary reason why a company would issue an IPO.
Advantages and Disadvantages of an IPO:
When a company goes public they will enjoy the following benefits:
• A bolstered and diversified equity base
• Increased access to cheaper capital
• More exposure to the investing public and equally more prestige
• The ability to attract and retain a better workforce and management team
• Increased ability to attract financing opportunities; through an IPO the company will be able to offer equity, convertible debt and obtain cheaper bank loans
• Increased liquidity for equity holders; to obtain cash, holders simply sell their shares
Disadvantages of an IPO:
Although the advantages are robust in number and importance, there are several disadvantages to completing an IPO, namely:
• All public companies face significant accounting, marketing and legal costs
• All public companies are required to comply stringently with government regulatory bodies; after an IPO the company is required to disclose financial and business information to such authorities and the investing public
• The public dissemination of information, which may be useful to suppliers, customers and competitors