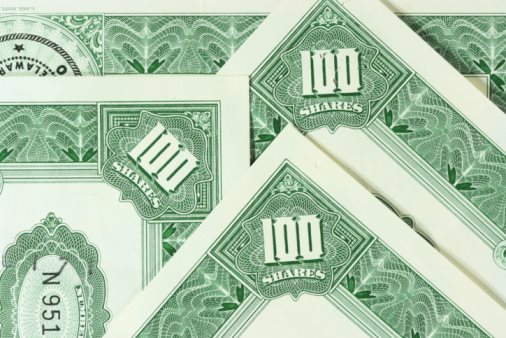 What is a Corporate Bond?

Corporate bonds are listed on the majority of major exchanges in the United States. Despite being listed on exchanges; however, the majority of trading volume in corporate bonds in most enhanced marketplaces is dealer-based, and executed as an over-the-counter transaction. Additionally, the coupon payments attached to a corporate bond (meaning the interest payments received) is typically taxable.
Some forms of corporate bonds possess an embedded call option, which allows the issuer of the bond to redeem the instrument before its maturity date. Other types of corporate bonds, known as convertible bonds, allow investors to convert the bond into liquid cash.
Types of Corporate Bonds
Corporate debt falls into two broad categories that contain comparative issues. Secured debt vs. unsecured debt and senior debt vs. subordinated debt are the primary types of corporate bonds in the United States.
Secured debt is a type of loan where the borrower pledges an asset as a form of collateral, which is then becomes owed to the creditor if there is a default. The debt is thus secured against the collateral in the event that the borrower defaults on the agreement.
Senior debt, which is a form of unsecured debt, possesses greater seniority in the issuer’s capital structure when compared to subordinate debt. If the issuer (underlying company issuing the corporate bond) goes bankrupt, the senior debt must be repaid before other creditors receive any sort of payment. Senior debt is typically secured by collateral on which the lender has placed a first lien against the loan. Typically this structure covers all the assets of the underlying corporation and is often used for revolving credit lines. The debt itself, therefore, contains the priority for repayment in liquidation.
Risk Associated with Corporate Bonds
Corporate bonds have a larger risk of default when compared to government bonds. The risk associated with a corporate bond depends on the financial stability and health of the particular corporation issuing the bond. Additionally, the current market conditions and governments to which the bond issuer is being compared, along with the rating of the company will decide the overall risk associated with the corporate bond. As a result of the innate risk associated with corporate bonds, corporate bond holders are compensated by receiving higher yields than government bonds.
Other than a default risk, the largest concern associated with corporate bonds is a credit spread risk. The risk tied-into the credit spread of a bond, is inherently satisfied in the fixed coupon; this however, becomes insufficient compensation for default risk that would later deteriorate.
Corporate bonds possess interest rate risks. The level of yield will change due to fluctuations in interest rates which would in turn, change the market value of fixed-coupon bonds to alter their yield to maturity to new levels.
Liquidity Risk: Bonds may not possess a continuous secondary market, which leaves an investor with difficulty in selling at or near fair rice.
Supply Risk: When a heavy issuance of new bonds will depress the prices of the older bond market.
Inflation Risk: Inflation will reduce the real value of future fixed cash flows. Higher inflation or an anticipation of inflation will depress prices.

Know Your Role: CEOs Earn 354 Times more than the Average...