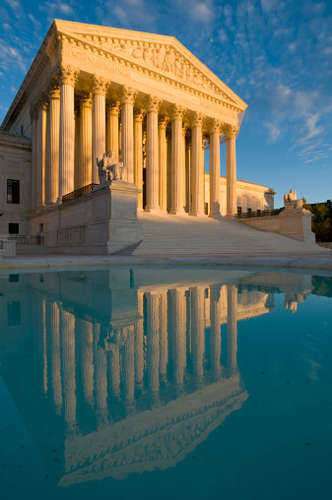 What is the Security Act of 1933?
The Security Act of 1933 was a legislative statute that was passed under the Presidency of Franklin Delano Roosevelt; Security Act of 1933 was a component of the ‘New Deal’, which was a legislative reform act that was put in place in order to promote economic growth and stimulation with regard to the United States Economy.
The tenets expressed within the Security Act of 1933 placed a system of governmental-regulated mandating, authentication, and regulation with regard to the trade and exchange activity taking place of the commercial, investment market; the legal stipulations within this act provided for a structuralized methodology dictating legal standards required to be upheld by both financial firms and private investors alike.
Why was the Security Act of 1933 Passed?
As previously mentioned, the New Deal – passed by President Franklin D. Roosevelt – was a legislative proposition set forth in order to stimulate and promote economic growth; however, the reasoning behind the passing of the Security Act of 1933 is far more multifaceted. The following events are considered to have led to the proposition – and subsequent adoption of the Security Act of 1933:
The Stock Market Crash of 1929
In the year 1929, the public, commercial investment market – which was known as both the’ stock market’, as well as the ‘open market’ – suffered a devastating collapse. Although a wide variety of catalysts have been attributed to the stock market crash, the lack of government regulation with regard to the enforcement of legality and ethical behavior taking place within the setting of the stock market is considered by many to be a primary facilitator of the stock market crash. The lack of government regulation was considered to prompt the following activity hoping to be quelled as a result of the adoption of the Security Act of 1933:
The investment firms and individual brokerages were permitted to both solicit and act on behalf of their respective clientele without proper regulation; this resulted in activity that was not subject to legal review on the behalf of legal review.
The investment firms – in addition to teems of collective investors – were permitted to act in concert with regard to communal purchases, sales, and exchanges allowing them to maintain agency over certain aspects of market activity.
Publicly-traded companies were able to disclose privileged information, which was not available to the general public, to presumably privileged individuals presumably unauthorized to receive information of that nature; this resulted in an uneven advantage with regard to the general populace of investors
The Security Act of 1933 was introduced in order to avoid a repeat of the dire consequences following this crash, including:
The financial devastation resulting from the drastic devaluation of stocks and securities resulting from collective sales and exchange activities occurring on a collective, and communal basis
The loss of billions of dollars as a result of the decreased valuation of stocks and securities.
The forfeiture, bankruptcy, and collapse of a multitude of businesses deemed insoluble subsequent to the Stock Market Crash.