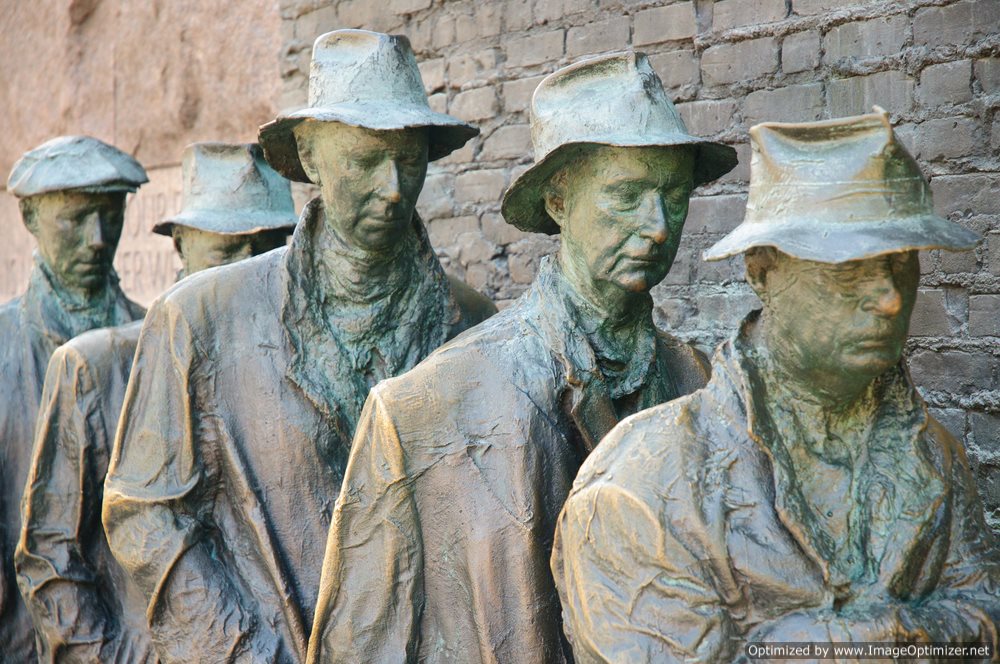 Great Depression Explained:
The Great Depression was a disastrous worldwide economic hardship that took place in the decade preceding World War II. The economic impact and the overall timing of such a calamity varied across nations, but in the majority of regions, the Great Depression started in approximately 1929 and lasted until the late 1930s or early 1940s.
How bad was the Great Depression?
The Great Depression was the longest, most widespread and severe economic depression of the 20th century. The economic collapse originated in the United States, starting with a sudden and drastic fall in stock prices that began in September of 1929 and became international news as the entire stock market crashed in October. From there, the Stock Market Crash of 1929 imposed negative externalities and effects on almost every country of the world.
The Great Depression had brutal effects in virtually every region of the world and on nearly every socio-economic class. Personal income, profits, prices and tax revenues dissipated, while international trade plummeted by more than 50%. Unemployment in the United States rose to over 25% and in some nations as high as 33%. Those cities that relied on industry were hit hardest; construction was virtually halted and production was dying as companies failed to raise capital. With plummeting demand and few alternate sources of income, areas dependent on primary sector industries, suffered the most.
How did the Great Depression Start?
The majority of historians and economists agree that the start of the Great Depression was caused by the Stock Market Crash of 1929 and more specifically the precipitous drop in stock market prices that took place on October 29, 1929—a date forever known as Black Tuesday.
The significant loss in the stock market yielded numerous aftereffects that created an avalanche of severe economic problems. By the mid-1930s, interest rates were extremely low, as consumers were reluctant to borrow after losing so much in the market. The losses of money in the market lead to a halt in consumer spending and borrowing. The lack of consumption necessitated a huge pull-back production, which in turn, led to rising unemployment and the deterioration of corporate revenue.
There were multiple causes for the stock market crash of 1929, including the structural weakness and the domino-like effect of falling stock prices. In theory, a great debate centers around the primary cause of the Great Depression and more specifically the stock market crash of 1929. The question, in its rawest form, revolves around whether the stock market crashed because of a failure on the part of the free market or alternatively, a failure of government regulation regarding interest rates, curtailing bank failures and responsibly controlling the money supply.
Two Principal Theories:
Modern theories of the Stock Market Crash 1929 are broadly classified into two main points of view. First, there is the demand-drive theory, which includes under-consumption, malfeasance by bankers and industrialists, the breakdown of international trade and poor government policy. The consensus around this theory is that a large-scale loss of confidence sparked a precipitous reduction in consumption and investment spending. Once deflation set in, the majority of the public believed that they could avoid further losses by removing their money from the markets or staying away from investment.
The second principal theory comes from those who believe that the Great Depression started as simply a recession, but because of policy mistakes and more specifically the shrinking of the money supply, descended into the Great Depression.

Emergency Situation: Millions of Americans can’t afford to go to the...

What Are SEC Filings