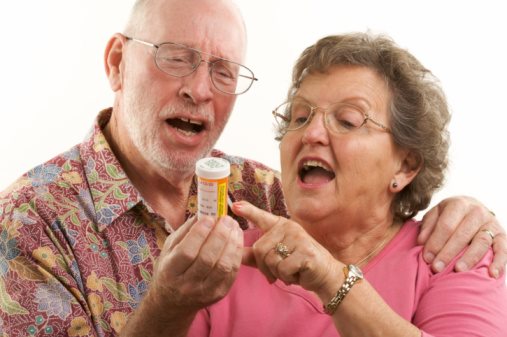 What is Medicare Fraud?

Medicare Fraud is defined as the act of knowingly, purposefully, and
deliberately misleading the Medicare claims office with the intent to swindle
or manipulate finances and funds disbursed as a result of an ailment;
fraudulent acts involving Medicare Fraud are typically
classified as involving misleading, deceitful, fake, and spurious measures
undertakenby an individual; such activity is recognized as the attempt to
garner personal profit or gain as result of fraudulent and deceitful
presentation of documentation and reporting assumed to be truthful and
accurate.

The submission of fraudulent Medicare insurance claims in order to
gain monies or funds is considered to be an illegal and an unethical criminal
activity.

Due to the fact the
provision of Medicare is a program sponsored by the Federal Government of the
United States, the applicable legal jurisdiction may span a single
jurisdiction. While Medicare Fraud is considered to be a criminal act
punishable to the fullest extent of the law, the involvement of the Federal
Government provides for an even heightened legal jurisdiction; this may result
in an indictment involving Medicare Fraud to be tried within the realm of both
Criminal Law, as well as Administrative Law:

The realm of Administrative Law  – with regard to Medicare Fraud –  is the legal specialty regulating the vast
expanse of laws, acts, ordinances, and legislation with regard to any and all
interactions in which the Federal Government of the United States engages its
citizens

The prosecution of Medicare Fraud within the scope of
Administrative Law, applicable charges can include the fraud,
misrepresentation, falsification of documents, forgery, and larceny – all
resulting from the unlawful duplication of documentation or illegal officiating
of government-mandated exchanges

Medicare Fraudcan be either exaggerated or fabricated in its respective
nature; the intent to defraud Federal Medicare facilities typically retains
both implicit and purposeful measures whose violation of the law exists in
concert with a violation of implied trust – the following are the 3 primary
examples of Medicare Fraud:

This type of Medicare Fraud involves the
fallacious and fraudulent reporting of procedures and medical activity
allegedly performed with regard to a Medicare claimed that was portrayed to be
legitimate; whether or not the procedures reported took place is immaterial –
falsifying any official and authorized reporting with regard to Medicare claims
is considered to be an example of Medicare Fraud in its fullest degree.

In contrast to Phantom Billing, Medicare Fraud in the form of Deceptive Billing rarely
involves a procedure taking place; conversely, a patient involved in this
particular type of Medicare Fraud will typically sell – or auction – their
respective Medicare claim number in order to initially validate claims.
Subsequent to the initial claims, falsified and fraudulent additions to the
list of treatments are included with regard to the standard procedure of a
respective – albeit fraudulent – ailment

Amortization table At A Glance