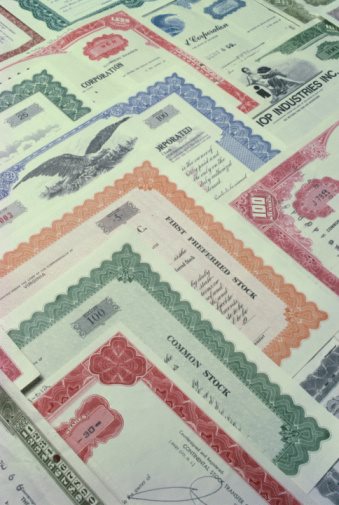 What are Investment Bonds?

Investment bonds are debt instruments issued by a government agency, a municipality, or a company to finance a specific aspect of its operation. When an individual invests in bonds, they are essentially lending money to the issuer, in exchange for interest payments and the promise to repay the investor (in-full) at a later date.

The interest rate (known as the bond’s coupon) attached to bonds is set when the bond is issued. The coupon rate is expressed as an annual percentage of the bond’s cost or face value. For example, a bond with a face value of $100 and a 10% coupon rate will pay the investor $10 per year, typically in semi-annual installments.
An individual can invest in bonds that possess different maturities; this flexibility enables the investor to accurately plan for future expenses. For example, if the investor knows they will need funds to pay for their child’s college education in 15 years, they can invest in a bond that will mature in that desired timeframe.

The Maturity of Investment Bonds
The maturity scheduled attached to a bond refers to the specific date that the principal (the original amount invested) will be repaid to the holder of the bond. The bond’s yield to maturity refers to the overall rate of return if the bond is held to maturity.
Investment Bond Yields:
The yield of an investment bond refers to the measure of the bond’s current worth and the expected payout for the holder. The yield represents the ration of the coupon payments to the bond’s price. For example, if a $100 bond with a 10% coupon is currently selling for $95 on the primary market, the current yield is ($10/95) or 10.5%.
Bonds and Interest Rates
Although the face value of a bond is set, the price paid for a particular bond after the initial offering may fluctuate. Bond prices are inversely proportional to interest rates; when interest rates rise the corresponding coupon rate of a new issue will rise, causing the bond prices of already issued bonds to decrease. The newly-issued bonds are more desirable because of the increased interest rates, thus causing the prices of bonds to decrease. When a bond sells for less than its face value, it is selling at a discount. When a bond sells above face value, it is selling at its premium.
Municipal Bonds
General Obligation Bonds: These types of bonds possess interest and principal payments, which are secured by the faith and credit worthiness of the underlying issuer. These types of bonds are typically supported by the issuer’s ability to implement tax levy on the underlying public. As a result, of the inclusion and relationship of taxation, the general obligation bond is typically voter-approved.
Revenue Bonds: These types of bonds contain a secured principal and interest that is derived from the town or jurisdiction’s ability to charge rent from the facility or project that the proceeds of the bond will go towards to, as well as the money obtained from tolls. The finances obtained from these bonds are used to fund projects such as: roads, bridges, water and sewage treatment facilities, subsidized housing, hospitals, and toll roads.

Series EE Savings Bond: The series EE bond is issued at 50% of face value and reach maturity 30 years from issuance. The Series EE Savings Bonds are among the most conservative form of fixed-income an individual can invest in. Interest is added to the Series EE Savings Bond monthly and paid when holder cashes the bond upon maturity. The bonds are designed to reach face value after 17 years; however, an investor can hold the bonds up until 30 years so the bonds can accrue more interest. Interest on the bonds is taxable at the federal level only and the bonds are marketed only towards individual investors. The Series EE Savings Bond are sold at a discount and redeemed at an amount that includes the interest income. Interest, therefore, is calculated monthly, but paid only until redemption.
Series HH Savings Bond: Series HH bonds are sold at discount and mature at face value. Dissimilar to T-Bonds and agency-issued bonds, the Series HH Savings Bonds are nonmarketable. In addition, the Series HH Savings Bonds pay interest semi-annually.
Series I Savings Bonds: The Series I Savings Bonds are issued at face value and possess a variable yield that is primarily based on inflation. The interest rate attached to savings bonds consist of two components: the first portion is a fixed rate which remains constant over the life of the bond and the second component contains a variable rate, which is reset every six months from the time the bond is purchased according to the current inflation rate. Similar to EE Savings Bonds, I Savings Bonds are issued to individuals with a limit of $5,000 per investor per year. Individual investors may purchase the limit of both types of Savings Bonds for a total of $10,000 per year. If an individual redeems the bonds before five years they will incur a penalty of three months unpaid interest.
Government Bonds
Treasury Bills: Treasury bills are types of Treasury bonds that mature in one year or less. Similar to zero-coupon bonds, a treasury bill will not pay the investor added interest prior to maturity. Instead of these interest payments, T-bills are sold at a discount to par value to offer a positive yield to maturity. As a result, these forms of treasury bonds are regarded as possessing zero to little risk—the lack of interest payments enables the T-bill to be free from the fluctuating interest rate. T-Bills are commonly issued with maturity dates of 28 days (1 month), 91 days (3 months), 128 days (6 months) and 364 days (1 year). Treasury bills are sold weekly through single-price auctions and the minimum purchase for a T-bill is $100.
Treasury Notes: Treasury notes are types of treasury bonds that mature in one to ten years with denominations of $1,000. Treasury Notes possess a coupon payment that is made every six months. T-notes like T-bonds, are commonly issued on the secondary market at a percentage rate of par. The 10-year Treasury note is now regarded as the security most commonly quoted when evaluating the performance of the U.S. government bond market and is also used to convey the market’s expectation on longer-term macroeconomic expectations.
TIPS: Treasury Inflation-Protected Securities are inflation-indexed bonds that are issued by the United States Treasury department. These types of bonds possess a principal that is adjusted to the Consumer Price Index, which is the most commonly used statistic to measure inflation. The coupon rate attached to TIPS is constant, but generates a different amount of interest when multiplied by the inflation-adjusted principal of the bond. As a result of this relationship, TIPS protect the holder of the bond from inflation. TIPS are offered in 5-year, 10-year and 30-year maturities by the United States Treasury Department.
Treasury Bonds:Also known as long-bonds possess the longest maturity, typically from twenty to thirty years. Treasury bonds in the long form offer the investor fixed interest rates, paid periodically; however, due to their length to maturity the bonds are highly susceptible to inflation. Treasury Bonds possess a coupon payment that is made every six months (similar to T-Notes) and are commonly issued with maturities of 30 years.The secondary market attached to Treasury Bonds is highly liquid, which makes the yield on the most recent T-Bond offerings a proxy or benchmark for the evaluation of long-term interest rates. This role; however, has been usurped by the 10-year Treasury Note, for the size and overall frequency of the long term Treasury has declined in regards to issuance over the past couple of decades.